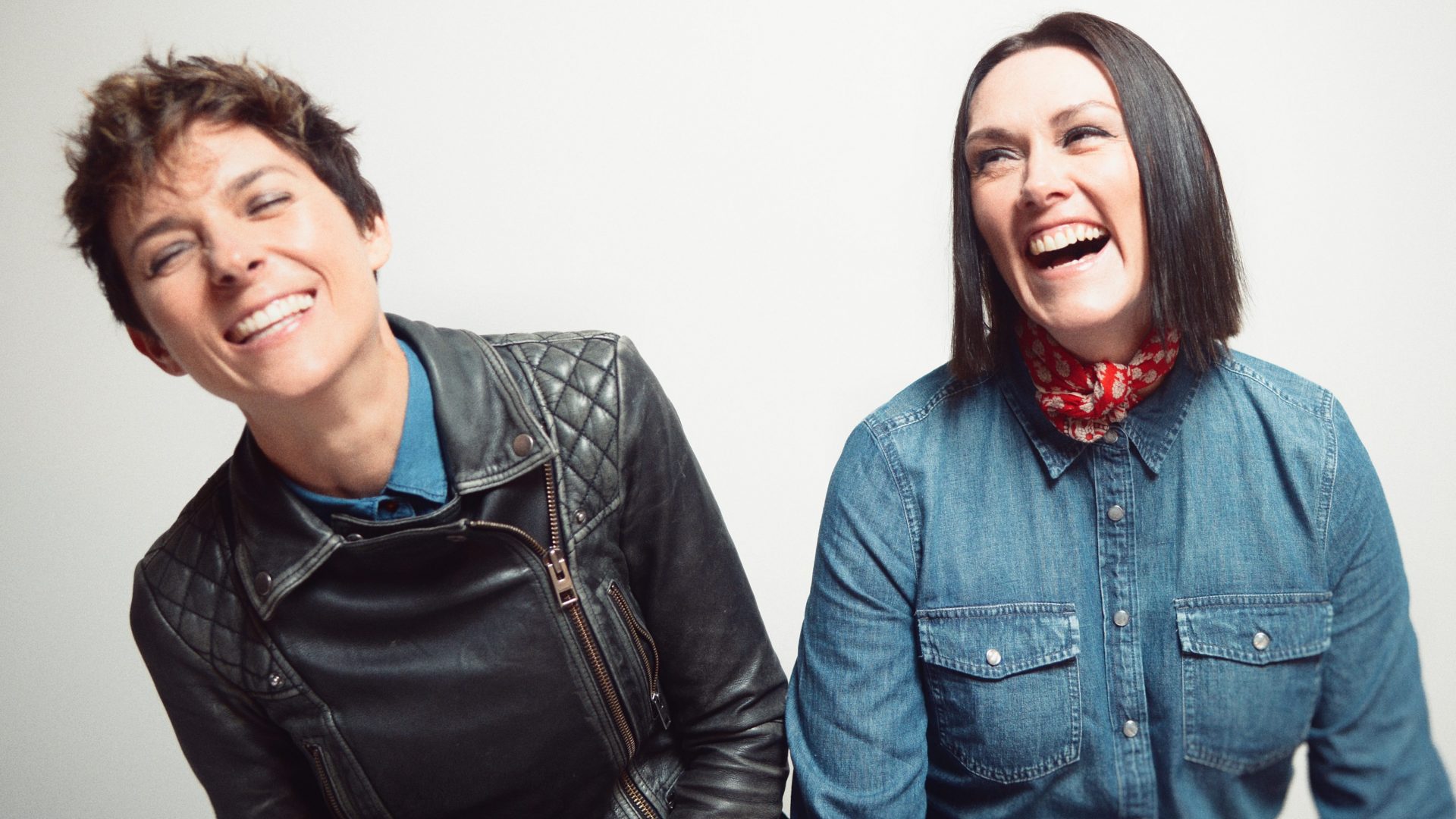 Monica and Beth met for the first time in 2001 in Midtown Manhattan, of all places, at the Chamber Music America conference. Beth was attending as a representative for her new music trio, janus, and Monica’s duo, Trollstilt (Mugan on acoustic guitar with partner Dan Trueman on hardanger fiddle), was being featured on one of the stages. Their original music, heavily influenced by the harmonies and rhythms of traditional Norwegian folk music, was definitely “other” in terms of the lineup at that year’s conference. You could say Beth fell head over heels for not only the strange form and harmonic weavings of their music, but also for the hardanger fiddle itself. This is a common reaction for most string players when they hear the “hardingfele” for the first time. The words “I must have one of my very own…” may have been uttered.

Fast forward a few years later to the moment when Beth and her partner, Jason Treuting were asked by Dan and Monica to form a new band—QQQ was born!!! “Triple Q” combined “the other” qualities of Trollstilt with a backbeat from Jason’s drums and a beefier string sound from Beth’s viola. The band wrote an album’s worth of music, “Unpacking The Trailer” (New Amsterdam Records 2010) and played a handful of coveted NYC venues including Joe’s Pub, Mo’ Pitkins, and Pete’s Candy Store. The group was featured on NPR’s Weekend Edition with Leanne Hansen and the album was picked for NPR’s Holiday Gift Guide 2010.

During the early days of QQQ, Jason and Beth would commute from their home in Brooklyn to the green suburbs of Princeton, NJ where Dan is a professor of music at Princeton University. Weekend overnights with late-night-hose-wine-after-band-practice-hangs were followed by local pastry mornings and a quick train ride back to NYC via the Dinky train from Princeton. Good music was written and played and deep friendships were solidified during this time!

As various other projects took on energy and families were expanded, QQQ went on hiatus playing the occasional friend’s wedding or music festival.

Years later, Beth and Jason moved to Princeton for Jason’s fellowship at the Lewis Center for the Arts. As new neighbors, Monica and Beth got together to casually play some instrumental duo music but it wasn’t long before the two confided to each other that “they had ideas.” The idea of adding voices and arranging covers took root and this new duo indulgently covered tunes they were obsessed with that weren’t necessarily on heavy rotation. Favorites included “Infinity” by Merrick, “I Won’t Cause Anything At All” by Loney Dear, “Half Asleep” by School of Seven Bells, and “The Turnip” by This Is The Kit. Their covers were weird, quirky and intricately orchestrated with their voices filling in harmonies and finding dissonance wherever possible. Eventually their ideas got the best of them.

This was the beginning of Damsel.